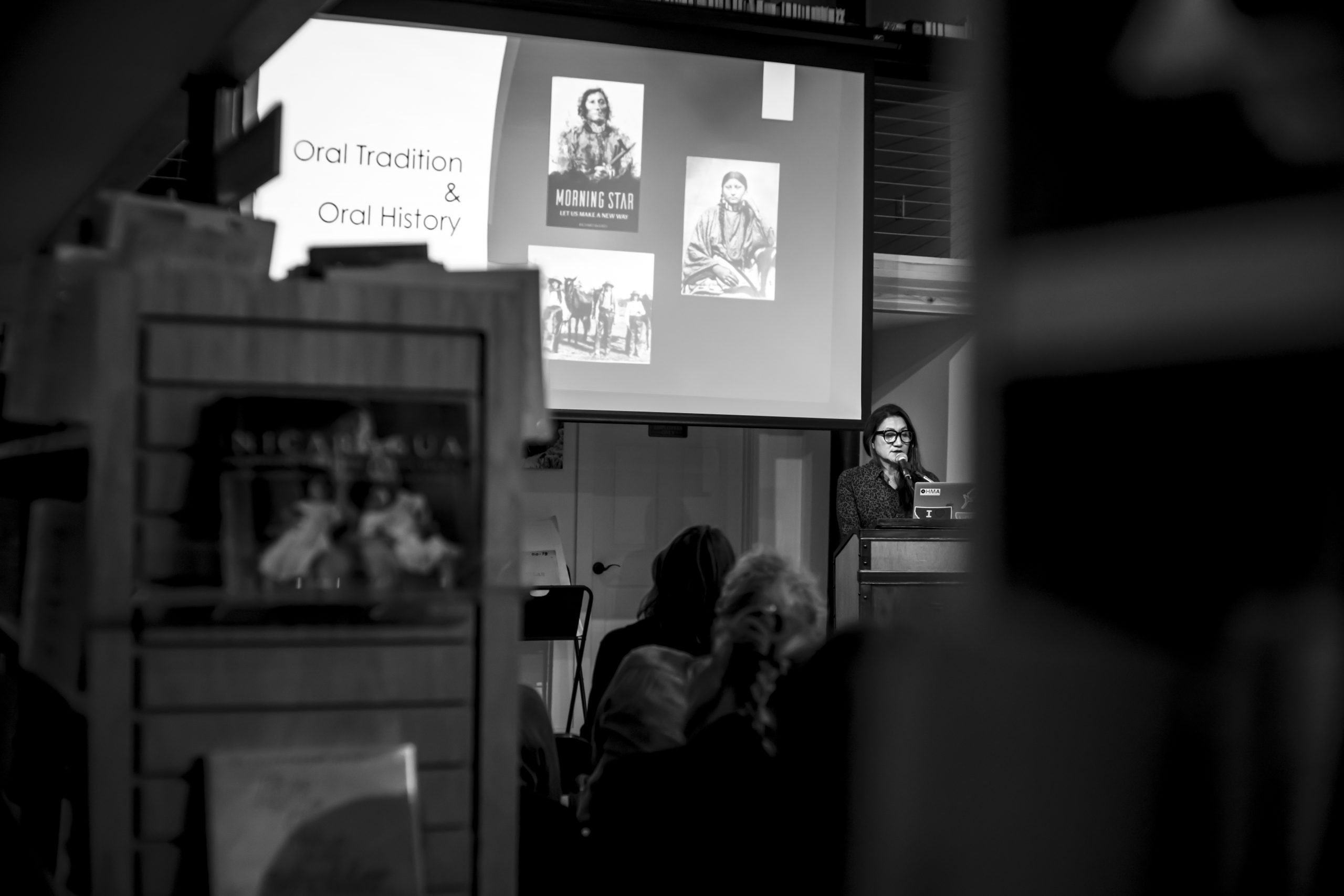 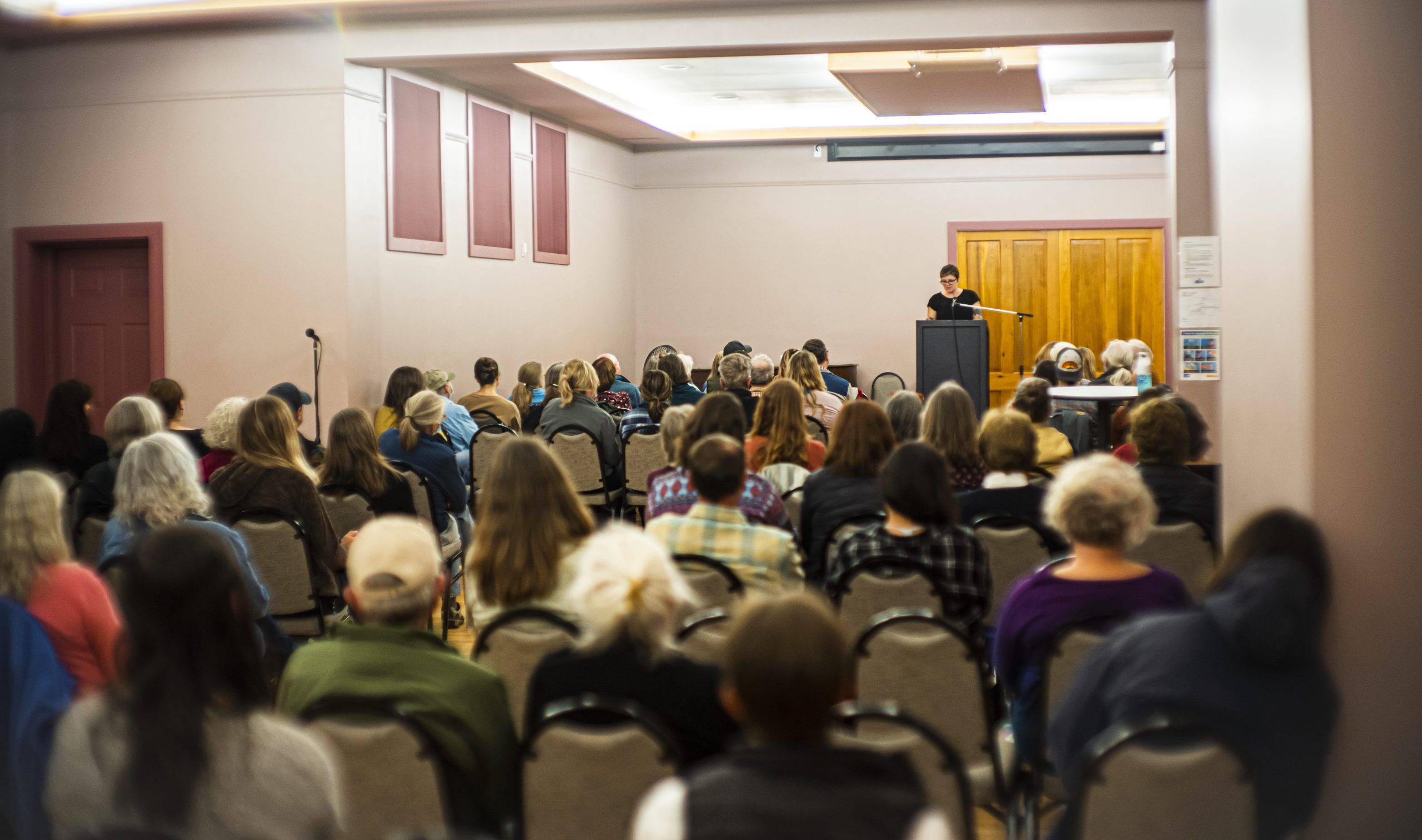 Stephanie Land speaks to an audience of ninety at a public lecture co-hosted by ASPEN. Photo by Isaac Rowland. 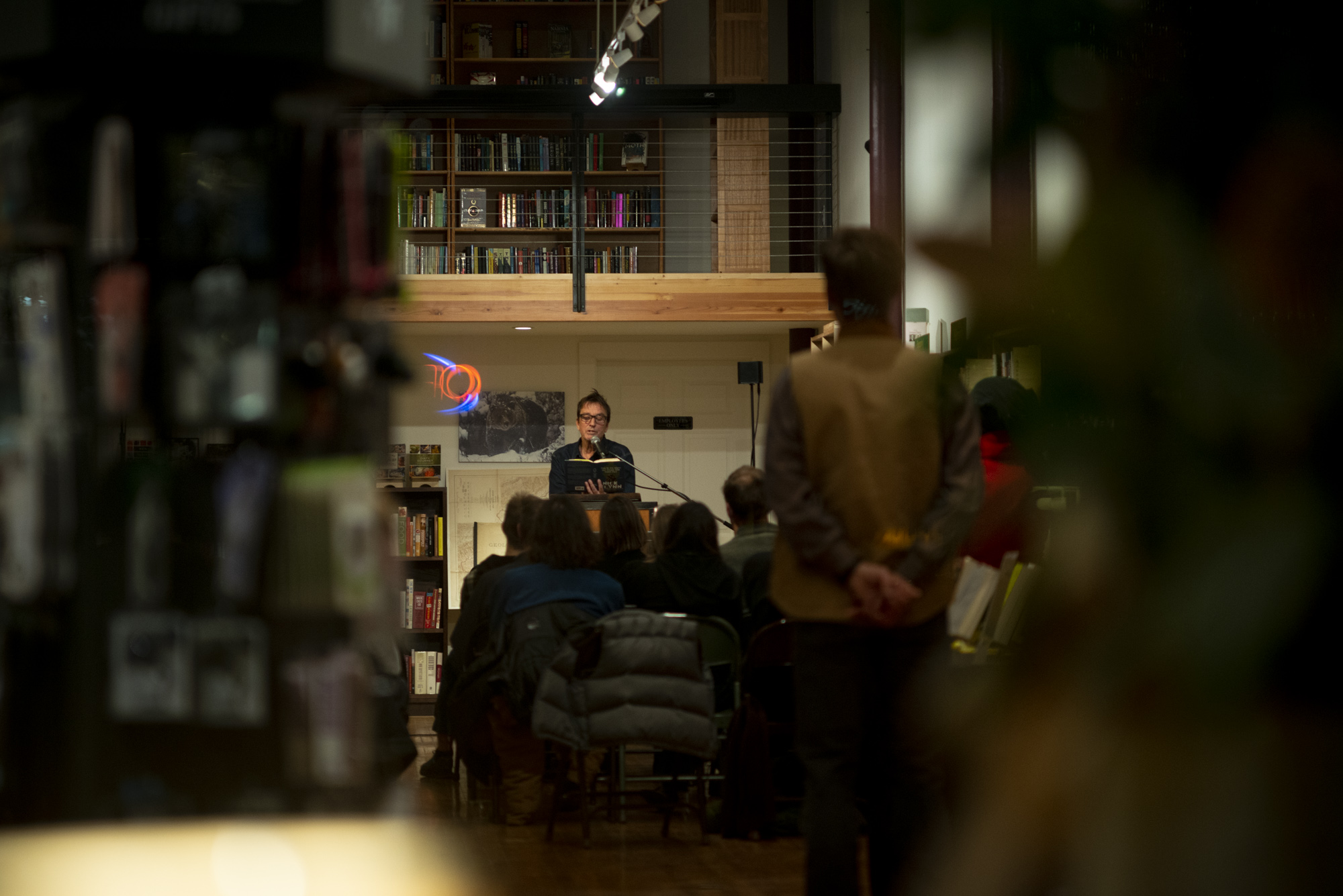 Nick Flynn reading from This Is the Night Our House Will Catch Fire. Photo by Ethan Confer. 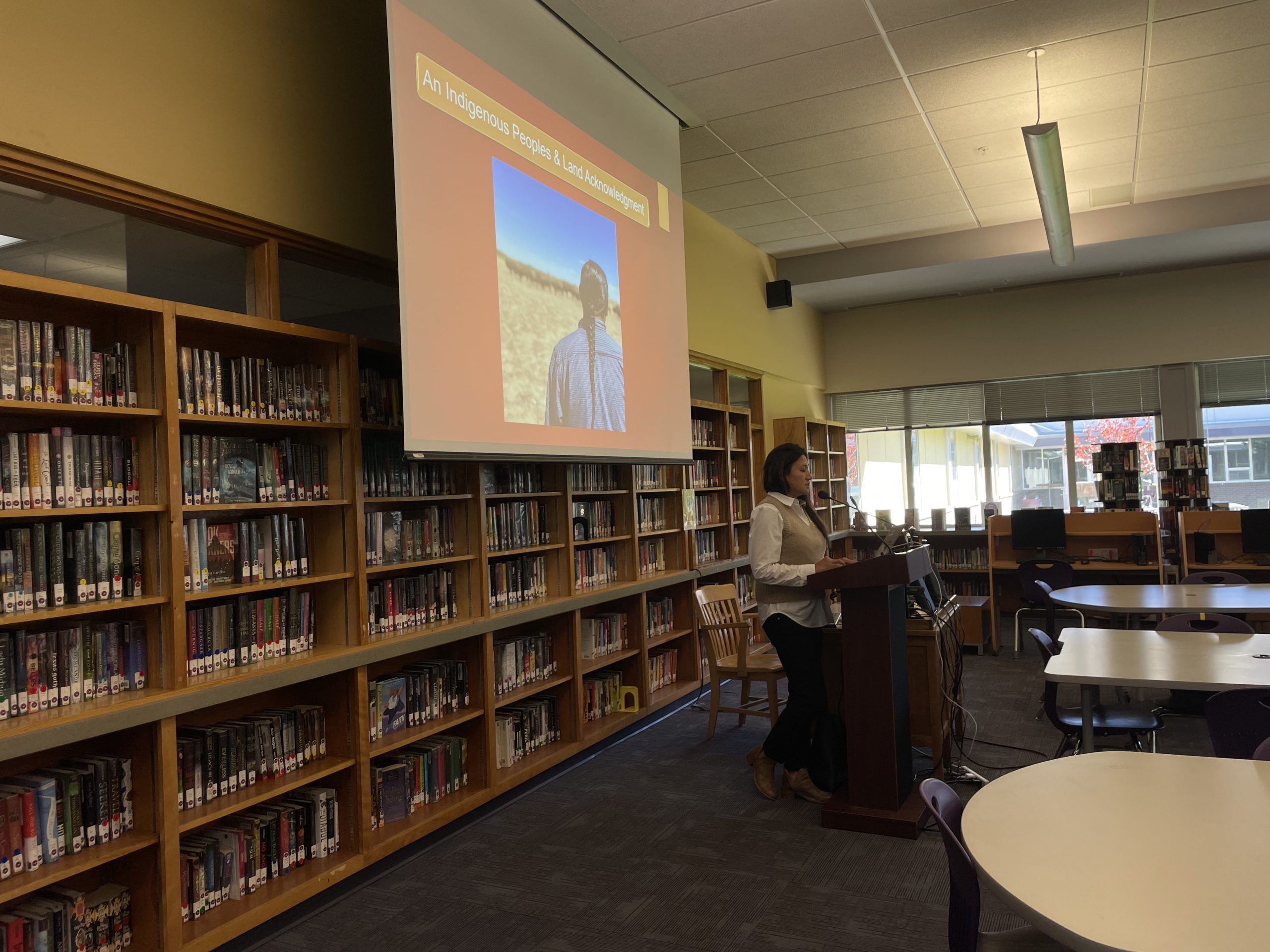 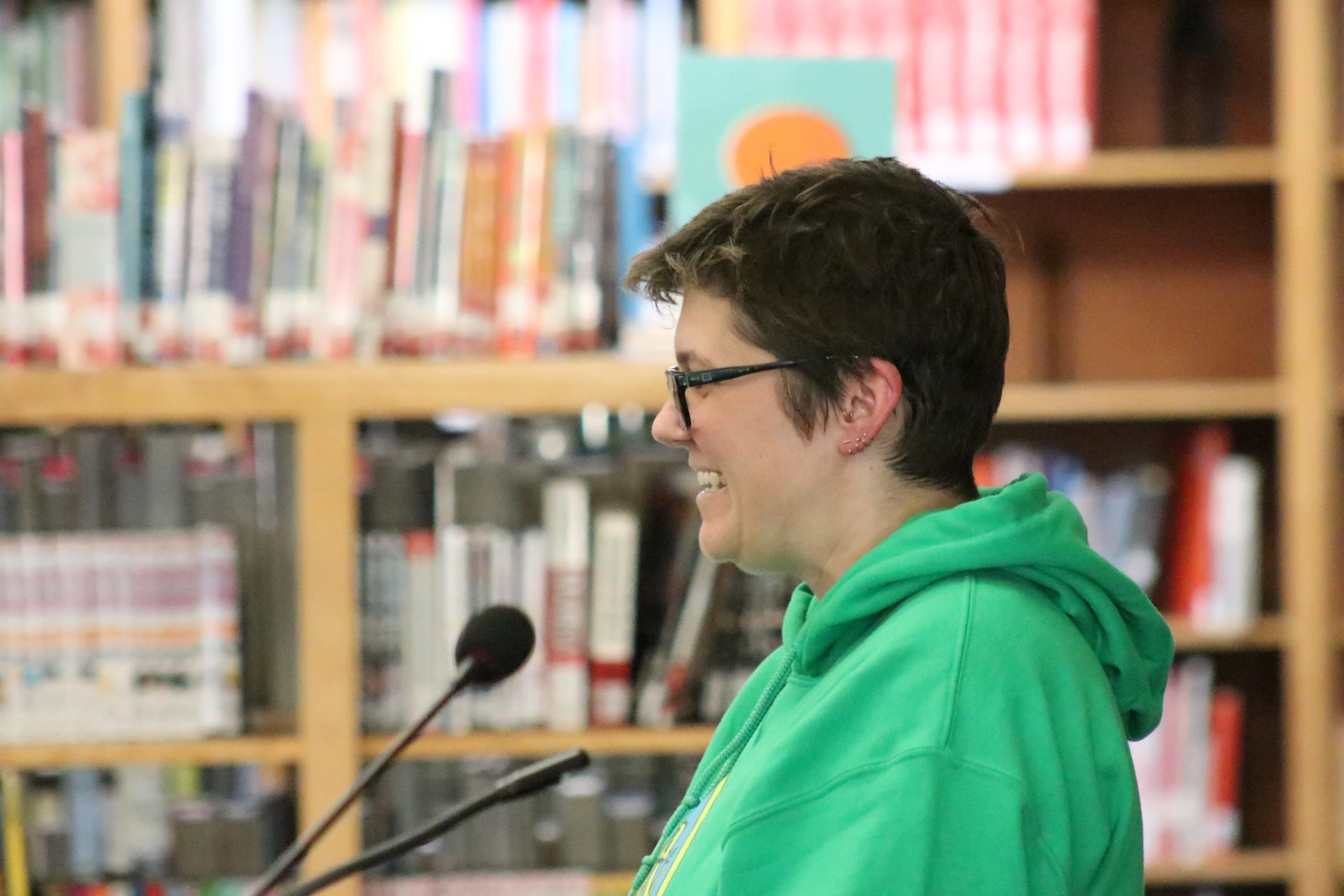 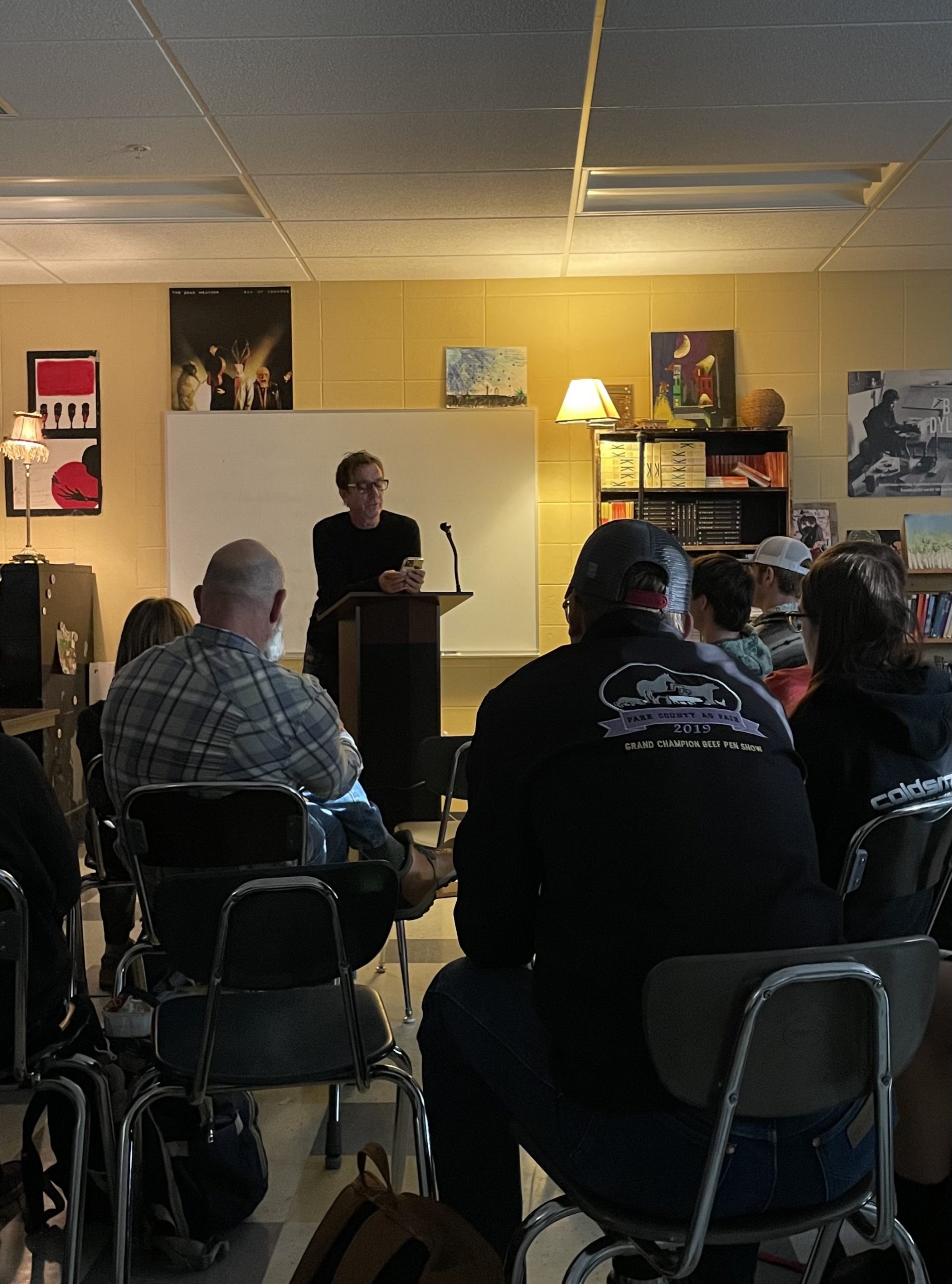 As part of our commitment to elevating oral tradition and not only the written word, Elk River Arts & Lectures is overjoyed to welcome oral historian Francine Spang-Willis, who will talk about oral history as a method to build community understanding and her podcast, Becoming Wild Again in America: The Restoration and Resurgence of the Pablo-Allard Bison Herd.

Francine D. Spang-Willis is an oral historian and educator based in Bozeman, Montana. She is of Cheyenne, Pawnee, and settler descent. Spang-Willis is an Oral History Master of Arts (OHMA) graduate from Columbia University. Her thesis, Becoming Wild Again in America: The Restoration and Resurgence of the Pablo-Allard Bison Herd, as a website and three-part podcast, was cited as an OHMA Thesis of Exceptional Distinction in 2021. She also holds a Master of Arts in Native American Studies from Montana State University.

As the owner of Appearing Flying Woman Consulting, LLC, she collaborates with diverse organizations, communities, and individuals on oral history and community-centered projects. She also has had diverse roles in higher education, the US federal government, and the nonprofit sector.

Spang-Willis was the American Indian Tribal Histories Project (AITHP) Director at the Western Heritage Center in Billings, Montana, from 2003 to 2009. She and the AITHP team collaborated with Northern Cheyenne, Crow, and Chippewa Cree narrators to share Indigenous history and culture through storytelling as an oral history tradition and oral history method.

Spang-Willis serves on the Oral History Association’s Nominating Committee and the Indigenous Caucus. She is also the co-chair of the Diversity Committee. She is part of the Leadership Advisory Council for The Indigenous Chicago Project at the Newberry Library. She also serves on the Absaroka-Beartooth Wilderness Foundation, WildEarth Guardians, and Humanities Montana Board of Directors.

Spang-Willis’s visit is made possible by the generous support of the Dennis & Phyllis Washington Foundation, the Community Closet, and individual donors. During her visit, Spang-Willis will discuss oral history with students at Park High. The public lecture is free and open to the public. 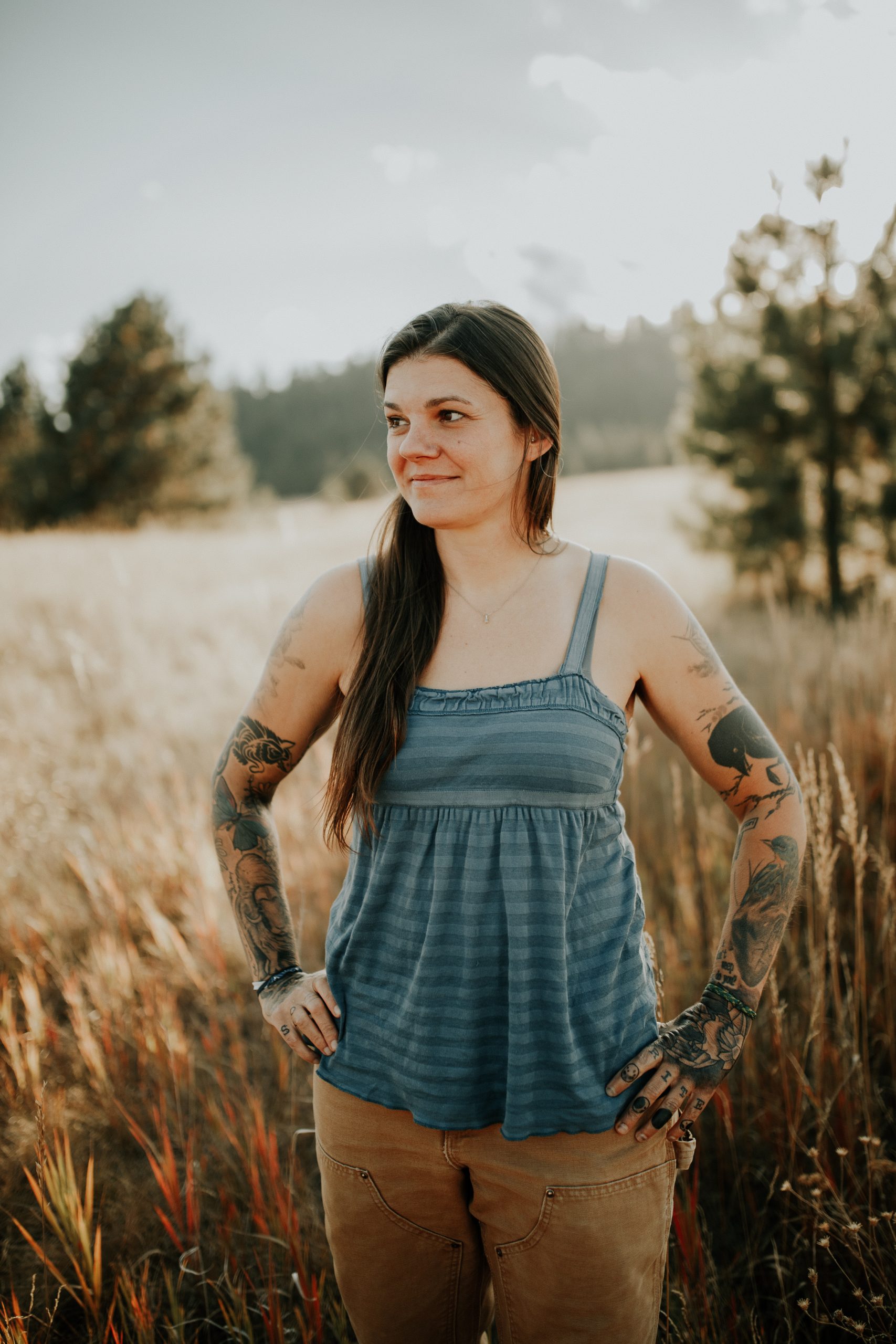 The event is free and open to the public. Free childcare will be available.

Want to read and discuss Maid before Land’s lecture? ASPEN & ERAL cordially invite you to Lunchtime Book Club, Thursday, September 29, 2022, 12 to 1 p.m. at the Livingston Food Resource Center. We have free books available to borrow and lunch provided. Registration is required.

To obtain a copy of Maid and register, email director@elkriverarts.org.

Stephanie Land’s bestselling debut memoir Maid: Hard Work, Low Pay, and a Mother’s Will to Survive recounts her harrowing saga as a single mom navigating the poverty trap. Her unflinching testimony exposes the physical, economic, and social brutality that domestic workers face, all while radiating a parent’s hope and resilience.

“Vivid and engaging, [Maid] illuminates the struggles of poverty… the unrelenting frustration of having no safety net, the ways in which our society is systematically designed to keep impoverished people mired in poverty.” –Roxane Gay

“Land nails the sheer terror that comes with being poor, the exhausting vigilance of knowing that any misstep or twist of fate will push you deeper into the hole.” –The Boston Globe

Land graduated with a bachelor’s degree in English from the University of Montana in 2014, and started a career as a freelance writer. Maid was named as a Notable Book of the Year by The New York Time and The Washington Post, among others, and was listed among President Obama’s summer reading list for 2019.

Land is currently at work on her next book, Class, about the hard truths surrounding college education in America including high costs, predatory practices, and discriminatory policies faced by Americans who hope education will lead to security and prosperity.

She writes about economic and social justice, domestic abuse, chronic illness, and motherhood, and has been published in The New York Times, The Washington Post, The Guardian, The Atlantic, and The New York Review of Books, among many other outlets. A writing fellow at the Center for Community Change, Land has worked with Barbara Ehrenreich at the Economic Hardship Reporting Project.

Land’s visit is made possible by the generous support of Humanities Montana, the Community Closet, the Dennis & Phyllis Washington Foundation, and individual donors. During her visit, Land will meet with students at Park High School. The free, public event will include a book signing and reception. 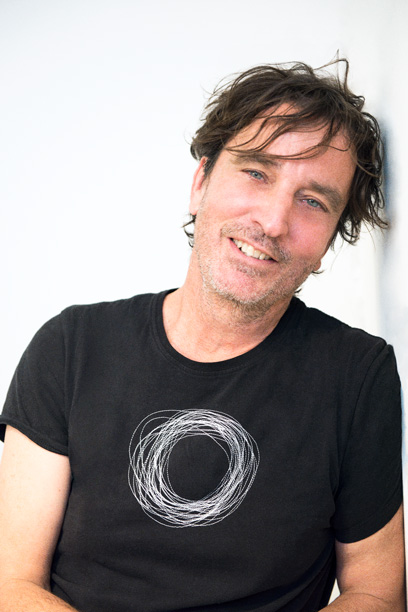 Multi-genre writer Nick Flynn will wrap up the Fall 2022 Lecture Series with a discussion of his most recent book, This Is the Night Our House Will Catch Fire (2020), a hybrid memoir.

Nick Flynn is a writer, playwright, poet. He has published twelve books, most recently This Is the Night Our House Will Catch Fire (2020), a hybrid memoir; and Stay: threads, collaborations, and conversations (2020), which documents twenty-five years of his collaborations with artists, filmmakers, and composers. He is also the author of five collections of poetry, including I Will Destroy You (2019). He has been awarded fellowships from the Guggenheim Foundation and the Library of Congress, and is on the creative writing faculty at the University of Houston. His acclaimed memoir, Another Bullshit Night in Suck City (2004), was made into a film starring Robert DeNiro, and has been translated into fifteen languages.

When Nick Flynn was a child, his mother set fire to their home. With the spare lyricism and dark irony of his classic, Another Bullshit Night in Suck City, Flynn excavates the wobbly terrain of his early life. Now a parent himself, he discovers that he too may be burning his house down. He returns with his young daughter to the landscape of his youth, reflecting on how his “feral childhood” has him still in its reins. This Is the Night Our House Will Catch Fire confronts Flynn’s struggle and his failings with fierce candor. His marriage in crisis, Flynn seeks answers from his therapist, who tells him: “You have the ethics of a drowning man.” Alternating literary analysis and philosophy with intimate memoir and the bedtime stories he tells his daughter, Flynn probes his deepest ethical dilemmas.

Kirkus called This Is the Night Our House Will Catch Fire, published by W. W. Norton, “A remarkable and daring work” and Publishers Weekly described it as “Outstanding.”

Andre Dubus III wrote, “This Is The Night Our House Will Catch Fire is one of those rare books that you will press into the hands of those you love, those whom you never want to lose. It is a stunning achievement.”

Flynn’s visit is made possible by the generous support of Humanities Montana, the Community Closet, the Dennis & Phyllis Washington Foundation, and individual donors. During his visit, Flynn will meet with students at Park High School. The free, public event will include a book signing and reception.